Out & About in Kenya 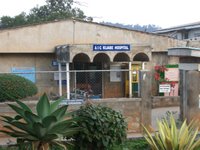 Kijabe is a small village on the eastern edge of the Rift Valley about 40km north and west of Nairobi. It is famous for a 500 bed boarding school where almost all the missionary kids in Africa come for school (Rift Valley Academy it is called); and a 200 bed hospital sponsored by the Inland Africa Church with some of the personnel supported by Franklin Graham's Samaritan's Purse; and a bible college to boot. 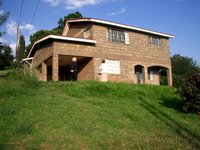 That is the "Path" House, left, and a part of the hospital above right.It is one of the rare places in the world that pathologists can serve as pathologists in a missionary 3rd world setting.

We received about 5000 specimens/year as many other small hospitals send their specimens there too. The only other histopathology labs are in Nairobi, associated with the medical schools in Nairobi. Specialties at Kijabe include general surgery, orthopedic surgery, especially for kids, and occasional gynecology, neurosurgery, urology and plastic surgery. There are several internal medicine folks but not much more specialized than that, and some family practitioners and anesthetists, and some dentists too. There are a fair number of junior house officers and some students on rotation as well as a fairly large school of nursing too. Good music at the weekly chapel meetings came from the nursing students. 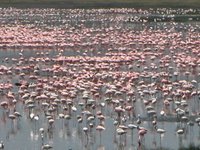 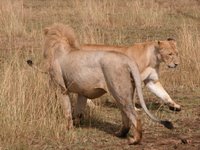 I worked fairly hard during the week, then took off on safari on the weekend. Carol worked even harder than I did taking care of me, and also volunteered in the children's wards. 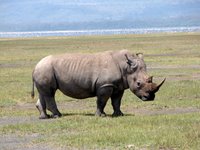 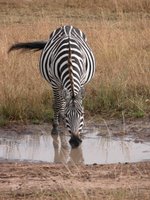 The trip home was the worst one we have ever had. We again had to go through London, waiting there about 8 hours, then to Phoenix, to SLC and finally to Billings. Dreadful. Do not let other people make reservations for you.

There is more text and pictures of this adventure at web.mac.com/kmueller40

Click on Muellertime Blog, then on Archives, and finally you will see lots of pictures of Kenya and its wildlife.