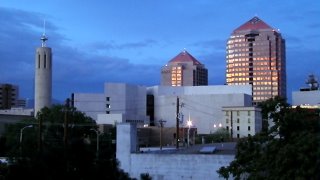 Carol and I flew to ABQ from Billings; Peg, Patrick et al drove in from visiting a Mazzuca uncle/cousins in Texas; Joan and Michael flew in from DisneyLand; and Pete flew in from Florida; all to celebrate our youngest grandson's baptism. Diego is now 5 months old and very into engaging all those around him with a big smile. I guess that is our first discovery on the journey of life: a smile goes a long way toward getting a meal or whatever else one might need. 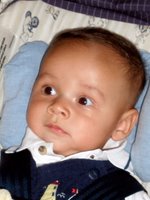 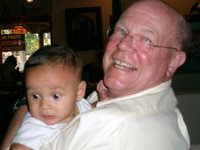 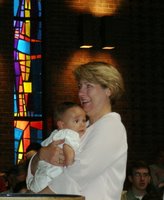 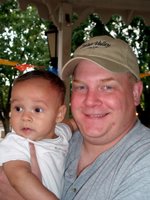 Diego paraded around St Paul's church after the baptism, giving everyone his beatific smile and assuring all of us that we too are saved! Michael was amazed at the miracles. I think the Spirit blows where she will. The reason I am smiling is that Diego just whispered to me that he wasn't sure about this immersion stuff, maybe just a little sprinkling would be fine. Joan, the godmother is thinking about her awesome responsibilities, like all mothers I suppose.

After church we adjourned to the local Brazilian hotspot of a restaurant, yes I did say Brazilian, in ABQ of all places, will wonders never cease. 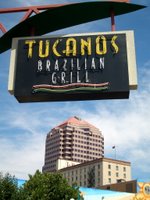 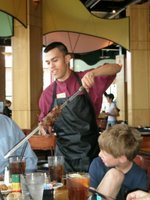 They keep bringing the food until you say No mas or whatever the Portuguese equivalent is. Apparently this outfit started in Provo Utah and has now spread to Denver and perhaps some other places. Highly recommended. Great Brazilian lemonade.

Diego smiled the whole weekend and got a lot of smiles back from his uncles and aunts and grandparents and cousins and of course parents too. Zack and Nick are being transformed into gentle schoolboys. 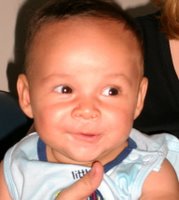 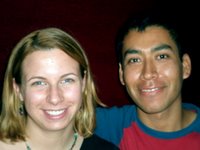 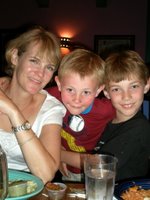 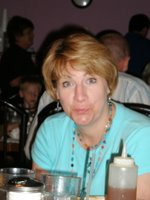 Joan is often surprised at how things turn out. 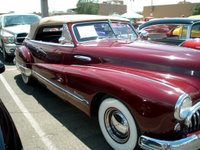 They were celebrating the 80th anniversary of the opening of the highway. Seems to me I remember a story, or more accurately, multiple stories from my grandfather Rohrschneider about a family trip they took from Wisconsin to San Bernardino California in 1926 in a ?Peirce-Arrow of course, courtesy of my grandfather's lust for very splashy cars. 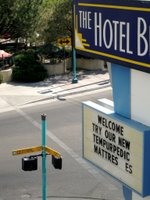 I am sure my Uncle Wally and his sister Joann (my mother) also went along on that trip. They must have travelled along that same old Route 66 that we can only imagine now. Maybe they even stayed in the Hotel Blue! Great car show and the nostalgia nuts were gathering in ABQ this week. The RailRunner is supposed to start up next week. We got wind and dust-stormed out of a picnic one of the afternoons. Pretty scary. A good time was had by all as they used to say in more civilized times and newspapers.
Posted by Ken & Carol at 19:50 No comments: