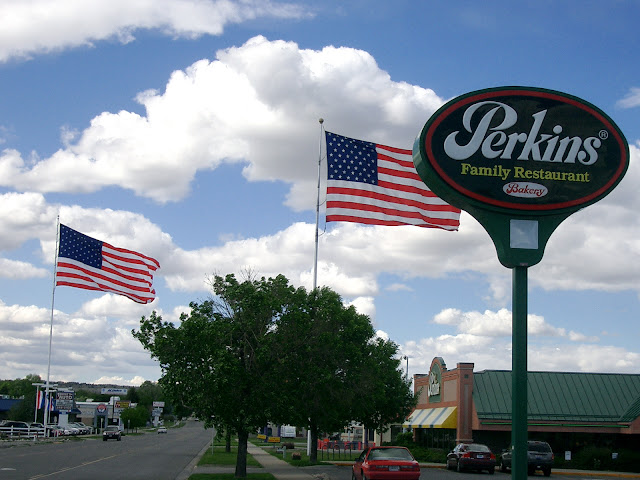 It wasn't 'til I saw a story in this morning's Gazette about a dog-tag being returned to a family after 67 years in the sands of Normandy's Omaha Beach that I remembered yesterday's anniversary: June 6, 1944. I was learning how to read at the time, and so I followed the news stories as best I could. I knew that my father had finally been drafted, late enough that he would not be involved in this part of the invasion of Europe. Even as a four year-old I wondered at the scale of this battle. I don't think any of the boys and men from our village were involved in the invasion.

My father's contribution to the liberation of Europe was coming down with either the mumps or the chicken pox in December 1944 while he was stationed in Italy, and thus missing the hurried transfers north for Germany's last hurrah or what the newspapers called the Battle of the Bulge.

I remember the movie, The Longest Day, from sometime in the early 60s I guess. And thinking to myself, could I have persuaded myself to do what those guys had done? I doubt it.

[Netflix still has a copy of this movie. I saw it again after some 40 years. Lots of actors no longer around played small roles; it was kind of fun picking them out. There were a lot of guys who were only famous on that day too.]

I was playing bass trombone in a Shriner dance band here in Billings in the early 90s when I struck up a conversation with Jack, who played 3rd trombone next to me. I was going on about a book written to mark the 50th anniversary of D-Day, excitedly talking about the tactics and strategy of the landings, when he casually and quietly said, "I was there." I was stunned for a moment but quickly recovered to ask silly questions about "why this" and "how come that." He finally said, "I don't know; all I remember about 8:30am on June 6, 1944 when the front end of the landing craft opened, was that it was so noisy you couldn't think, and I was desperately trying to keep from shitting my pants! I just kept going straight ahead along with the rest of the guys."

Most of those guys have probably arrived at their final destination by now. 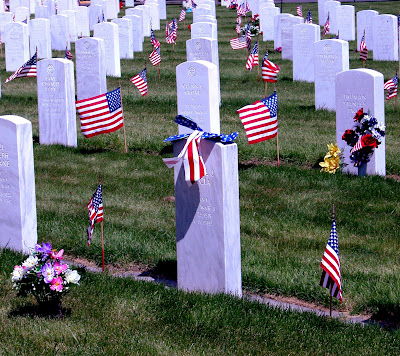 I wonder if a battle like that will ever be fought again. You can't help but remember Shakespeare's Henry V St Crispian Day speech to his troops at Agincourt: . . . We few, we happy few, we band of brothers . . . .

That anyway is how I remember it. 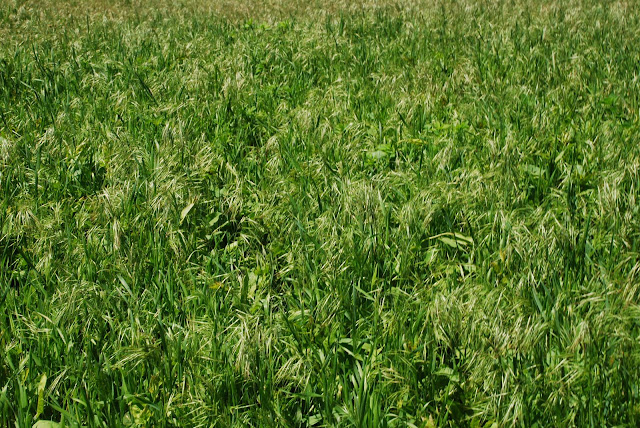 When it rains, the grass grows. This is similar to a Law of Gravity here in Montana. This is now the third crop according to the guy that cuts it when it gets high enough to bother the squatting dogs, especially with the morning dew.

This is probably what happened for several years in a row back in the 19th century when people first started moving in to this area. The immigrants were tricked into coming and staying by a couple years of good rain. The prairie really does look like a grassy ocean, especially when the wind blows which is fairly often.

Of course, when the grass grows, then our four-footed bovine friends graze all night long into the early morning. Maggie the Dog loves to protect her turf from these critters. They pay no attention to her attention. Her courage waxes and wanes, sort of like her human masters. 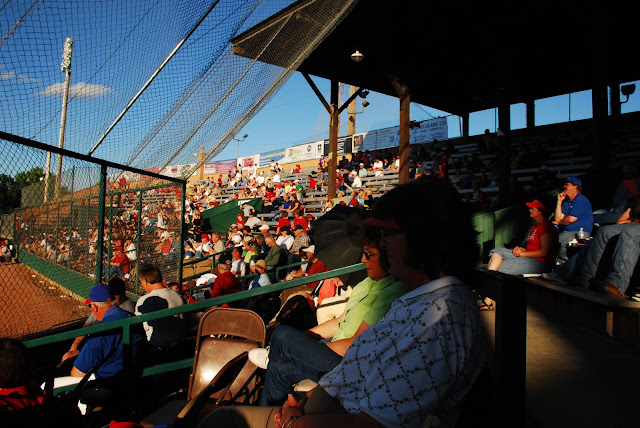 You know that late spring and summer has arrived in Billings with certainty when there is a ballgame at Cobb Field almost every night, and often during the day as well. When the Royals play the Scarlets there is usually a fairly full house. On 2 June the Royals beat the Scarlets 2-1, the first loss of the young season for the Scarlets. All of the runs scored because of some critical errors. Both pitchers did well. Oops, the picture I uploaded was from earlier in the game. Trust me, the Visitors, i.e. the Scarlets scored a run in the top of the 7th and the Royals scored two runs in the bottom of the 8th.
Posted by Ken & Carol at 18:11 No comments: