One child and One dog per family

The Associated Press, perhaps in a follow-up to an earlier misleading article, reports from Beijing that "an effort to stamp out rabies has prompted authorities to limit families in Beijing to only one dog."

This article refers to an earlier campaign against rabies in which "tens of thousands of dogs were killed to fight the disease." The picture accompanying the article which appeared sometime last summer was that of a dog being beaten to death with blunt objects. The suggestion was made that this was the fate of all dogs in China, for the very good reason that as many as 3000 deaths per year in China are due to rabies. 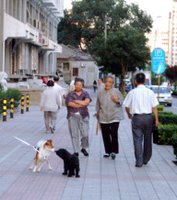 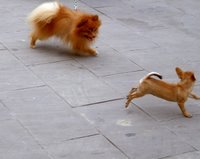 When I visited China in September I saw lots of dogs, none mad that I could tell thank Heaven, and when I asked those who spoke English about this anti-dog ordinance they said they had not heard about it. So it looked as if a picture of a primitive way of dealing with a rabid dog in some rural location was generalized to the whole country. Only about 3% of the canine population has been vaccinated against rabies, while some 69,000 people sought treatment for dog bites last year in Beijing alone. I doubt we know the whole story on this matter. 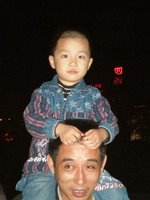 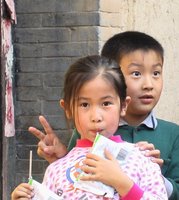 But then this later AP article comes out with further information relating to the dog population and rabies. It will be interesting to see if this "one dog per family" campaign is as successful as the "one child per family" campaign was. By the way, the few young people that I talked to said that the latter was being modified in that if you were unfortunate enough to live in the country you could legally have more than one child, and furthermore, if you were unfortunate enough to have a girl, you could apply to the authorities to have another child, even if you lived in the cities. And I think twins are OK too. 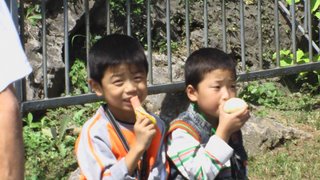 So, it sounds as if the "one child" and perhaps the "one dog" policy will be flexible, and perhaps depend on who you know. Will there be a "one cat" policy too? 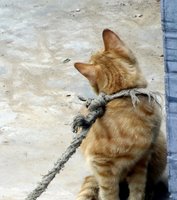 Re: End of the Revolution

Dick Armey, former House majority leader, wrote an interesting op-ed piece in the Wall Street Journal of Thursday, 9 November, 2006. I gather that he and many of us are pleased that now, finally, we will be blessed with good and capable government leaders. And of course that Michael J Fox will finally be cured of his Parkinson's Disease. Perhaps Christopher Reeves will rise up and walk again too.

A pull quote from the middle of his article captured my attention: "I've always wondered why Republicans insist on acting like Democrats in hopes of retaining political power, while Democrats act like us to win." (emphasis on "retaining" and "win" in the original)
Posted by Ken & Carol at 14:01 No comments: