Checking Out the Baseball at Camelback Ranch 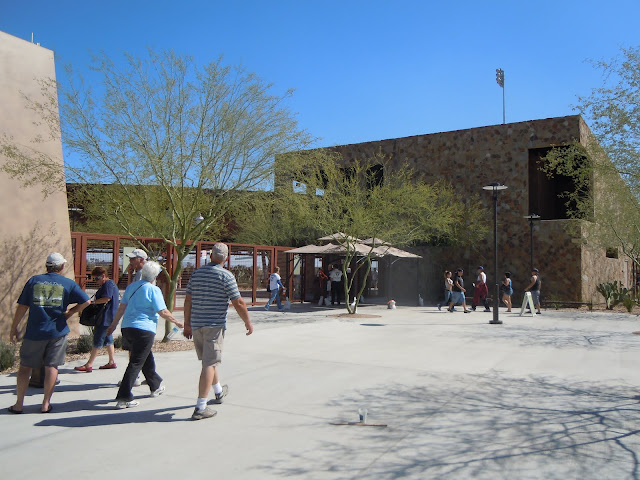 Camelback Ranch in Glendale AZ is the spring training home of the Los Angeles Dodgers and the Chicago White Sox. The latter has been doing spring training in many places over the years, including a couple years at French Lick Indiana during the war years, WWII that is. Most recently the boys from the South Side of Chicago have been down in Tucson  for around 10 years and before that they were in Sarasota Florida for almost 40 years. They have been at Camelback for 4 years now. 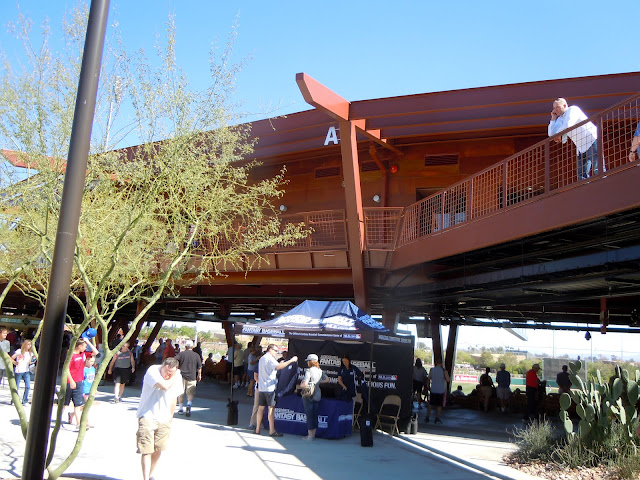 This feels like a big park, seating around 13,000. I like the architecture, a kind of modern desert adobe look with a large concourse all the way around and relief from the sun in some places but not much of the lower deck. The upper deck is for the elite amongst us, in contrast to what is available for us ordinary folks at Surprise and Peoria. In addition they charge $30 to $40 per ticket for these seats in the sun, a lot more than Surprise and Peoria. Perhaps the folks from Chicago are willing to pay but there wasn't a full house. 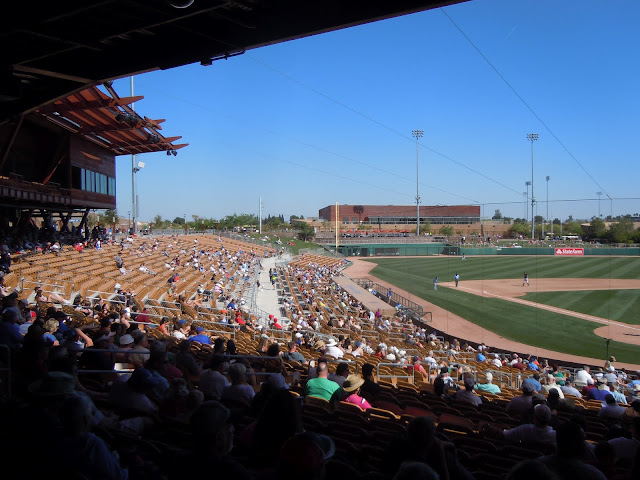 I saw the Sox play the Royals on Thursday afternoon; play is not exactly the right word, pounded is what I was searching for: 16-4 was the final score I think. The parking is free and I saw a few wheelchairs being moved around as well. A good variety of concession stands, some mobile, all with major league prices of course. 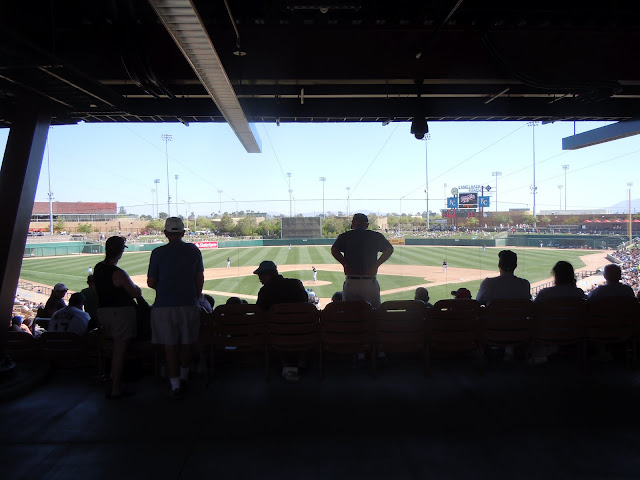 This is probably the best place to watch the game, in the shade, with an expensive beer in your hand. All the parks I've been to so far feature expensive food and drink. 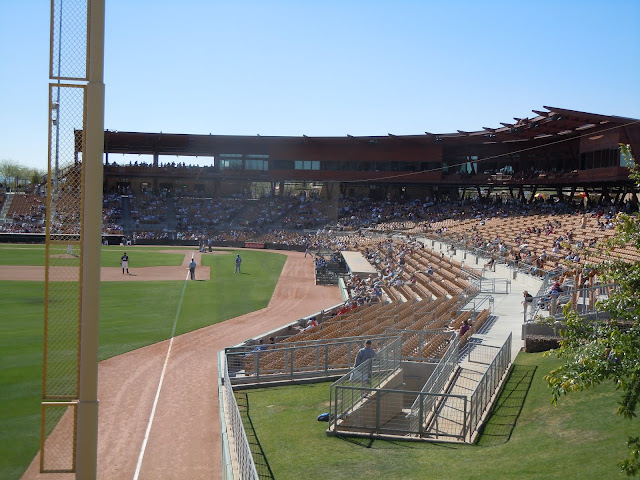 The view from the left field corner. There are some comfortable seats with shade just to the left of this location overlooking the visitors bullpen. There are scattered areas for grass sitting too, if that appeals to you. The outfielders were paying attention to some of the more scantily-clad fans of the female persuasion.
Posted by Ken & Carol at 11:54