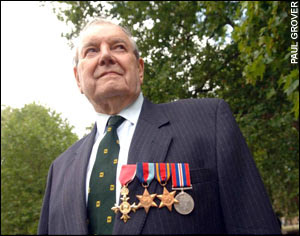 After reading of the recent and timely death of George MacDonald Fraser, creator of the famous Harry Flashman memoirs, in today's Wall Street Journal, I turned to his entry in Wikipedia. I was amazed to see references to his obituaries in the Times and Telegraph of 3 January and even the article in the WSJ of 17 January. The last time I looked that was today! How do they do that?

I first became acquainted with Fraser's approach to Victorian history in 1971 with his publishing of the third "packet" of Flashman's papers, Flash for Freedom. All told there were 12 in the series, all of them presenting Flashman as the "most impossibly toadying, lying, cheating and cowardly hero in fiction," according to the WSJ.

In addition, he also wrote screenplays, the most notable being the 1973 and 1974 versions of the Three and Four Musketeers, directed by Richard Lester; and an autobiography Quartered Safe Out Here. I will have to look around for these.
Posted by Ken & Carol at 08:24