The Best Cheeseburger in Paradise? 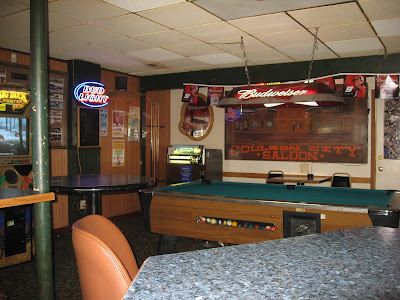 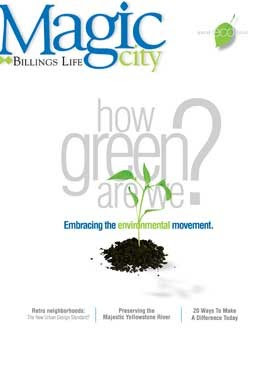 This is inside Buck's Bar and outside the cover of last month's issue of the Magic City magazine. This month's issue is not online just yet, I suppose to encourage people to buy the magazine at the newstand.

I reluctantly report that I took the advice of this month's Magic City, which, not surprisingly, has something to do with Billings MT, and tried a cheeseburger that was supposed to be the very best in this area, I mean #1 mouth-watering on the front of your shirt good.

Now Buck's Bar was a reasonable place on Central Ave with lots of normal people having lunch and drinking beer but the cheeseburger was only average. I am not tempted to try burgers #2 through 5, except maybe I will try the one at Walker's. I have a hunch this was a print version of one of those infomercials you see on TV. I wonder how much it cost?

We knew this guy to be a friend of PopEye and to like burgers—"I'd be glad to pay you Tuesday for a hamburger today." But who knew his full name. Chalk it up to Wikipedia and Google.

I was going to recommend the magazine and a similar one on Montana but now I am not so sure. This is what happens if you don't tell the truth: I'm not sure I will ever trust them again.

I don't understand the prejudice against franchise eateries. I mean, if they make a good sandwich, then more power to them I say. Like the Angus Thickburger at Hardee's or the traditional Reuben at Arby's. These are good sandwiches.

By the way, there are apparently a few more magic cities scattered around the USA: Gary, Indiana and Birmingham, Alabama are two that pop up on a Google search, both having something to do with springing up quickly, like magic, just like Billings MT.
Posted by Ken & Carol at 17:19