DC Pictures At An Exhibition 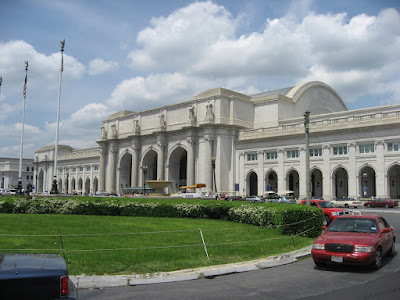 This is Union Station, one of my favorite places in Washington DC. The outside is very attractive. It has a useful function, and there are restaurants and shops scattered around over the whole place. It does need a better way to load taxis. 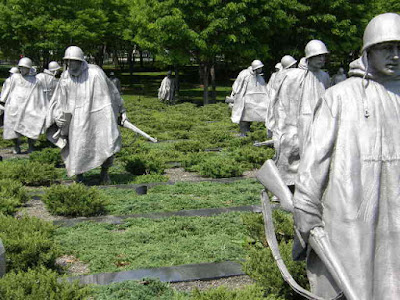 Korean War Monument Washington DC: Did you know that a lot of other countries sent soldiers to this faraway place? Many of them stayed, many of them missing in action, and gathered together underground in Busan. The ghostly aspect of the above figures may reflect the missing, not sure. 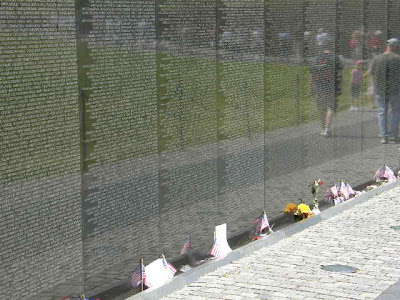 The VietNam Wall with 58,000+ names and ourselves reflected here as we
walk by and wonder why. Is this irony? 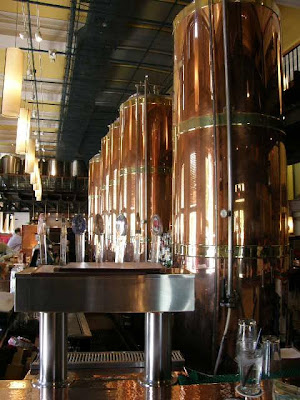 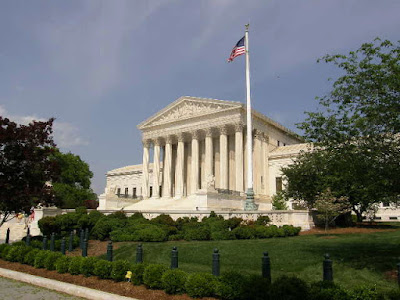 The Supreme Court, where our "nonacracy" resides. 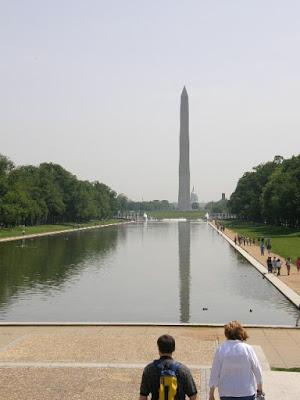 The Washington Monument and Reflecting Pool on the Mall. 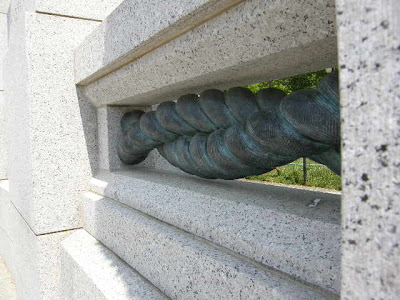 Part of WWII Monument. There are some interesting details in this but overall it simply overwhelmed. Maybe that is the way the war was? 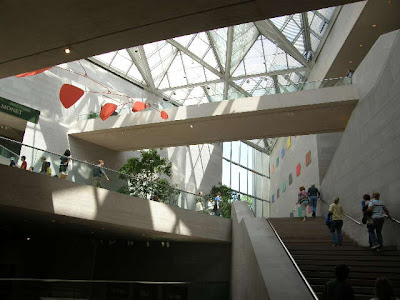 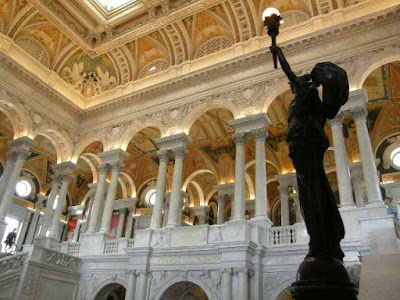 From the floor of the main hall, Library of Congress. This place and the Folger Shakespeare Library are worth a visit or more than one. 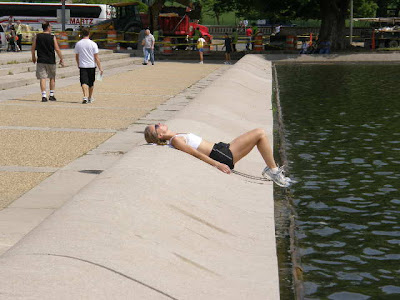 Resting near the Capitol, at least I hope so because I ignored her as I passed by. 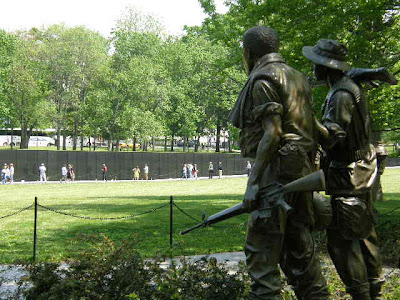 VietNam Memorial with standing guard. The Nurse Memorial is nearby too. I will get a picture of it the next time I visit there I promise.

Washington DC has to be one of the most photographed cities in the world. These are a few of my efforts. Pictures At An Exhibition but don't worry if you don't see the connection. My synapses are a little frayed and likely to produce some peculiar connections. 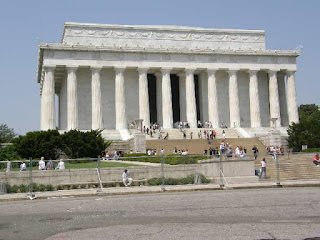 That is Mr Lincoln's Memorial above. 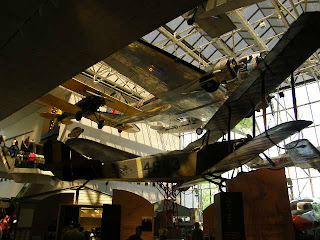 Inside the Air and Space Smithsonian Institution.

And the new Native-American Smithsonian building below. This is really nicely done. I'm not kidding, both architecturally and the content as well. Would I be politically correct? 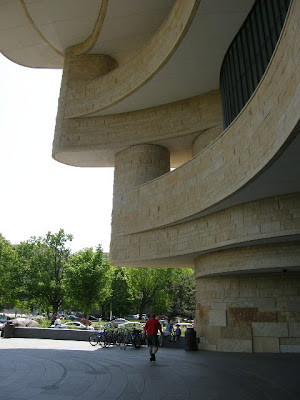 The building below is on Massachusetts Ave not far from Union Station. New buildings are sometimes built around old buildings, presumably with historic reasons for saving them. 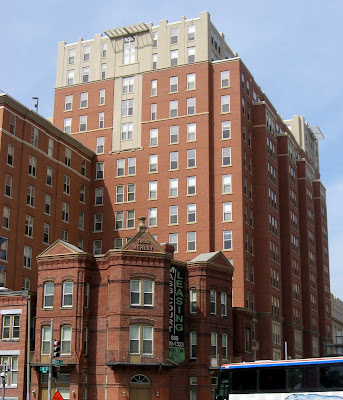 This is part of the WWII Monument, below, which is gigantic but which leans heavily toward the Soviet style I'm afraid. 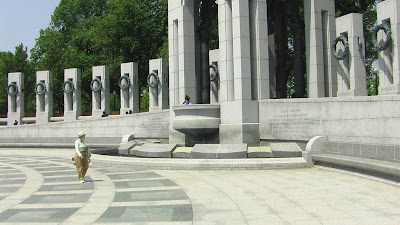 There are a lot more where these came from. I recommend a visit every now and then. Pretend you are checking up on your elected representatives. You are in fact their slaves for a good share of the year, but it doesn't do much good to lament that fact.
Posted by Ken & Carol at 11:25