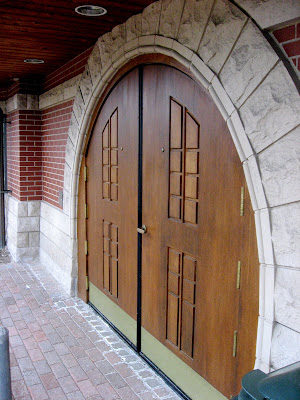 I get a ride from Bryan very early Wednesday morning to the wrong train station in Glenview IL. He is unaware that there are now two stations in that fair city. No problem, as I browbeat a Somalian taxi-driver into taking me to the other station, only about a mile or two away, for a reasonable price. The Metra stations around the Chicago area look fairly new and have a classical kind of appearance. I mean they look like suburban railroad stations used to look. The above picture is a nice arch and door at the Glenview Station. And below is the other side of the same station. 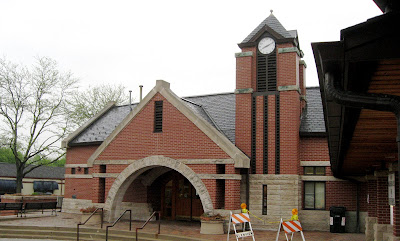 We arrive in Milwaukee in the morning: the city is difficult to recognize these days because of all the building that has gone on and is still going on. There is a new train station, not as charming as the old one, as you might confuse this one with an ocean cruising white brick from the outside, but the inside, see below, is fairly nice. It is right next to a new and very large Post Office, providing many convenient hiding places I suspect for many high mucky-mucks waiting for retirement. 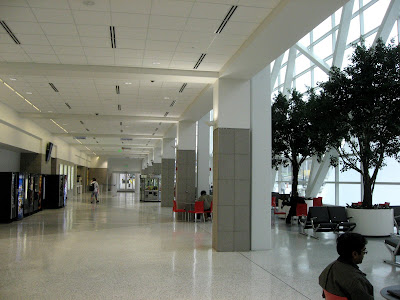 Milwaukee still looks like a walking town, especially down by the river, with a very nice River Walk, restaurants, theatres, etc and some old familiar looking buildings on 3rd St, including a restaurant I remember, the German Mader's, fairly famous when I was a child, and I guess, still so. They are not open til 11:30 and I am hungry so I go next door to Tutto's where I find some very nice wine, succulent crab cakes, and a decent toasted cheese sandwich. 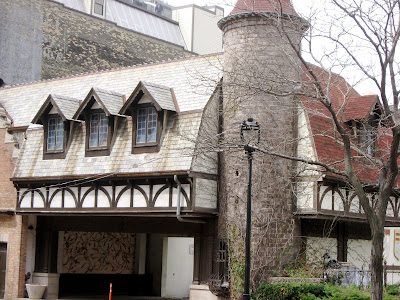 The Pabst Theatre looks splendid from the outside, see below, and the playbill looks good too. I didn't get inside. 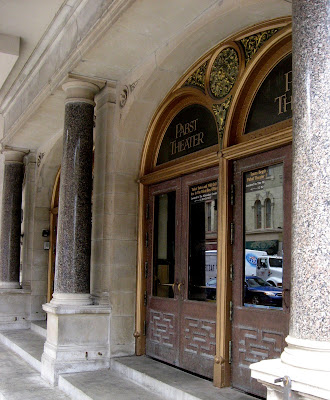 The train leaves MKE exactly on time and we see a lovely sunset as we move majestically along the Mississippi River. I wake up early in North Dakota because my bladder is full and my esophagus is grumbling. We start out about an hour late in the morning but gradually make it up to 20 minutes or so as we pass into Montana about noon or an hour earlier as soon as we cross the line. Here is what N. Dakota looks like and me smiling on a train going home. 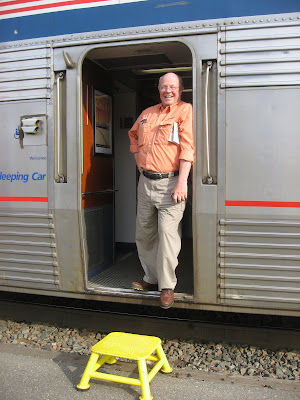 Here I am, surveying my kingdom, somewhere in darkest North Dakota on Thursday morning. 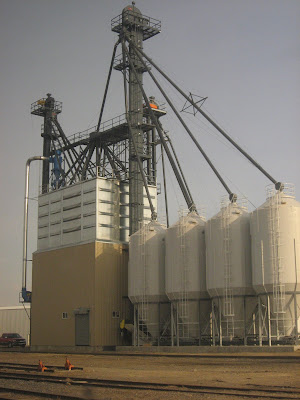 This is what we see along side the tracks as we stop in small towns. Not sure what they contain, some chemicals I suppose. 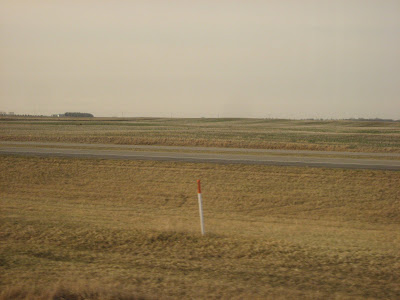 When we are rolling this is what we see in North Dakota.
Posted by Ken & Carol at 08:58