Today we took a trip more deeply into the woods around Ashland and Medford to see how the Rogue Valley grape-growing experiment is proceeding. Both Ashland and Medford look prosperous, and the surrounding country-side has that "Shire according to Tolkien" look.

The pretty and personable Corey at Troon recommended the Magnolia Cafe in Ruch for lunch. She was so right as they had an excellent clam chowder, followed by a bison burger with Rogue Creamery blue cheese, with some crisp curly fries: all Very good. By the way, if you take my advice and stop in for some blue cheese in Central Point, be prepared to have your wallet made much smaller. They have won a few prizes for cheese in competition so you can figure it starts at $20/lb and goes up to $40/lb fairly quickly. Fortunately, you only need a small amount to get the flavor. 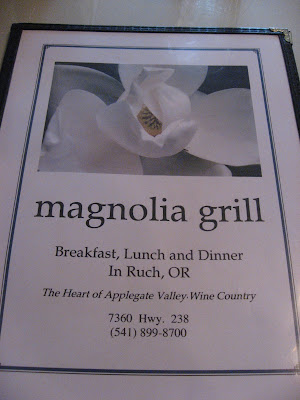 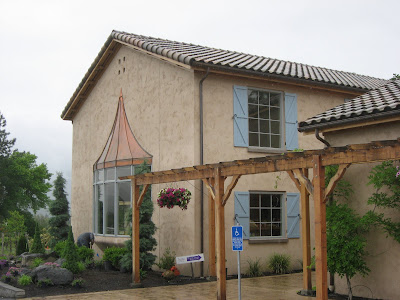 We stopped first at Roxy Ann Winery on the outskirts of Medford, which was surprisingly busy at 11am when they opened their doors. They have tripled the size of their tasting room. Two people were very busy pouring all their wares and apparently those of other nearby growers. Then we went on to Troon Vineyards for some Druid's Fluid Red. They have a fairly snazzy tasting place too. See above. As you can see, the architecture is such that a really old Mediterranean kind of place will be what you see in a few years. 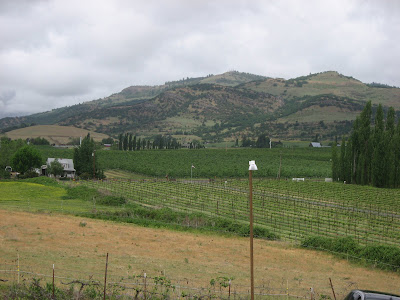 This picture goes with one of the paragraphs above, probably the first. 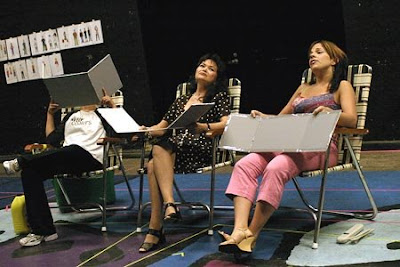 This evening we are off to the Railroad District to eat at Lela's, another one of Corey's recommendations, followed by The Great American Trailer Park Musical at the Oregon Stage Works. See picture above, taken from the web of some other production. Tonight was very well done. Small audience but enthusiastic as were all the players. A nice contrast with OSF.

Lela's was excellent. Recommended.
Posted by Ken & Carol at 18:25