The Further Adventures of Hedda Gabler 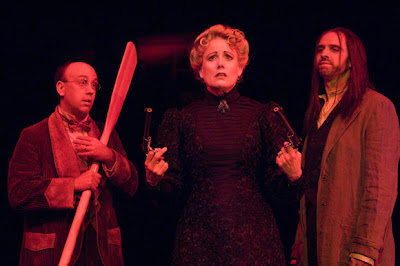 A helpful review, both before and after seeing the play. 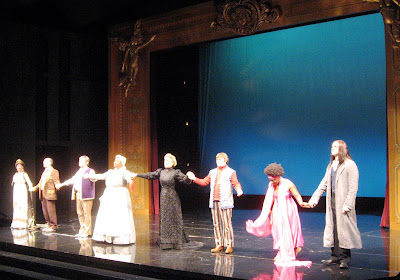 This afternoon we saw The Further Adventures of Hedda Gabler with Hedda being played by the same lady that played her serious version at the Oregon Shakespeare Festival a few years ago. I liked them both because Robin Goodrin Nordli is a very good actress, and attractive too. Chris Duval does a terrific job as usual too.

This is really a crazy show populated by fictional characters from Medea to Boys in the Band to the latest TV show. Hedda and a few of her friends interact with them. The main point is what happens when a fictional character decides to step out of character. Sample more than one review as none of the ones I read really captured the essence of this play about plays. Hedda Adventures And more I am sure, probably all written by failed actors or directors of some sort. 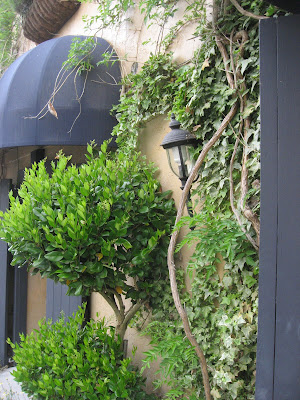 This is where we are living this week. It is a series of rooms cobbled together to make a very nicely done bed & breakfast. The bedrooms all have sitting areas or even separate rooms as in a suite. The breakfasts are just fabulous, so much so that one has to rearrange one's eating habits for the day. Instead of having hardly anything at all except maybe coffee and a piece of toast early in the day and then a fair-sized lunch as the main meal of the day, you wind up skipping lunch entirely and eating an early supper, sort of like an English tea, and then a little snack before going to bed. 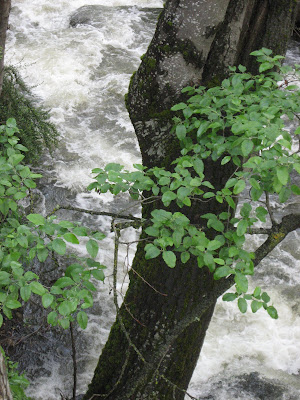 I saw a raccoon on the sidewalk this morning on the way to get the morning paper. I tried to follow him but he was very quick to disappear into the brush on the bank of a noisy and joyous Ashland Creek.
Posted by Ken & Carol at 09:47